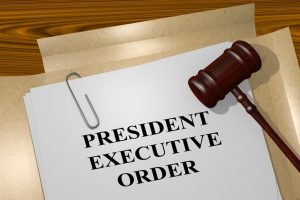 President Trump signed an Executive Order that instructs several agencies of the U.S. government to “consider” changes to parts of ObamaCare. It is likely that the agencies will not only “consider” the instructions but will act upon them. However, it likely will not happen for at least 60 days.

At Pivot Health we have been very involved in this process, and have commented and been quoted in places like The Wall Street Journal, Associated Press, USA Today, Washington Post and ABC News.

Here is what will likely happen:

What should advisors and brokers do? Don’t rush to make changes based on proposed rules and the Executive Order. There are favorable winds, but the ship is not yet at the dock. Advise your clients to not rush to judgment based on the partial-truth reported by the media. Health insurance is complicated, and the mainstream media likes to turn proposed changes into brief sound bites, or even briefer tweets.

In addition, the President announced that he would end funding for cost-sharing reduction subsidies (CSRs) for those lower income Americans who buy ObamaCare plans. The CSRs reduced deductibles for those who earn less than 250% of the federal poverty level. This move makes our Latitude product that fills gaps in high deductible plans a very appealing ‘”fix.”

Finally, know that the leaders of Pivot Health have been deeply involved in these issues. We are on the frontline in Washington D.C, and our reputation and experience is thoughtfully considered.

This is good news for consumers – good news for agents and advisors – and a wonderful start to all those who are supporting the Pivot Health initiative.